Posts from the Skoll World Forum

March 31, 2006
I have been blogging for Social Edge this week, and have grouped together several of my blogs from there for the Beneblog!

One of the major themes of working with the Skoll Foundation is the focus on stories. That's what Jeff does with Participant Productions, and a big piece of the Foundation's efforts are around helping us tell stories. Many social entrepreneurs actively avoid telling stories about themselves: they tell stories about other people more easily.

At last night's awards ceremonies, the highlight was seeing four short films on four of the Skoll Social entrepreneurs. 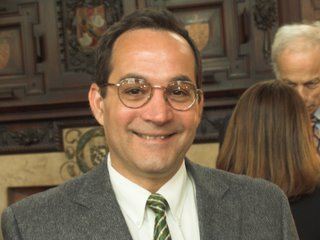 I learned that my buddy Martin Burt was on the front line of a revolution in Paraguay when mayor of the capital city, by calling in garbage trucks and bulldozers to surround the congress building while the army was busy shooting people. Only the tenacity of the filmmakers got this story out of Martin, who otherwise would be talking about his dream of helping turn poor farmers into rural entrepreneurs. Another film was a compelling version of the turning point for Victoria Hale when a taxidriver challenged her thinking about why the pharma industry can't make drugs that could save hundreds of thousands of lives (because the customers would only be poor people). Ann Cotton talked about why it is so crucial for girls to have access to education, and I learned even more about her drive for girls education in Africa. Finally, Amitabha Sadangi told in Hindi about his background as a very poor person who had the opportunity to get top academic degrees and then decided to help people like him rather than go for the bucks. His affordable drip irrigation systems make it possible for farmers to make more money and keep their kids in school rather than migrating during the year looking for work.

The films were an outcome of a Sundance story-telling workshop where filmmakers and social entrepreneurs got together to create better ways of telling their story. 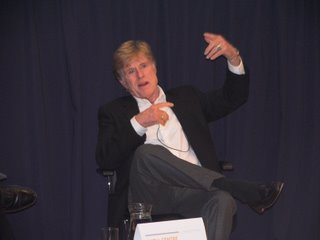 I am having a blast at the Skoll Forum: spending tons of time talking to people about social change and technology. The best part has been talking to the other Skoll entrepreneurs. By putting us all in the same hotel, and giving us plenty of time to talk, we're coming up with tons of ways that we can work together to advance our common missions. Just some quick examples:

- Heidi Kuhn of Roots of Peace: Heidi has actually driven a great deal of real landmine removal, and she is very strong on the human and public side of the issue (somewhere where we are not strong). I know that as soon as we have a working prototype of our landmine detector (which is some time off in the future), we'll get help getting it tested in some of the most mine affected countries

- Bunker Roy of the Barefoot College: Bunker is pushing me to do something for blind people in India, and I am getting excited about the challenge

- Rodrigo Baggio (of CDI in Brazil) and I are trying to find more time together since we're both in the IT space: we know there's a joint project here somewhere.

and more. There is such a natural desire to find ways to work together, and each of us has major strengths to bring to any such partnership. I don't expect each of these conversations to result in something in the coming year, but I'm sure we will find at least one "live one" in the next year, and more after that.

The different social entrepreneurs have started showing up: we have a day of meetings before the main Skoll Forum starts. There are sixteen social entrepreneur award winners this year: three are past Skoll grantees, but this is our first chance to be on stage for the big award ceremony. And six of the new SASEs are people I have never met before, and it's cool learning about what they do. 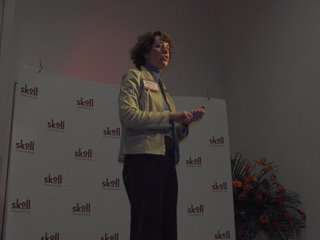 Sandy Herz got the new SASEs together this afternoon to do a practice run for the big event on Thursday night. I just found out it's going to be live on Social Edge. 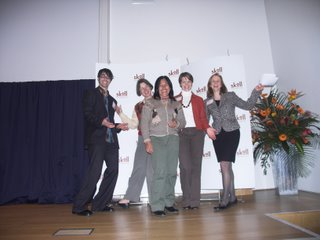 We had fun running through the rehearsal, with different Skoll staff standing in for Jeff Skoll, Robert Redford, Sir Ben Kingsley and Sally Osberg (CEO of the Skoll Foundation). 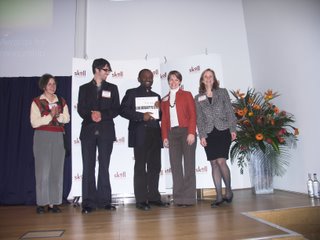 We definitely camped it up: we'll probably be more serious on Thursday night.