November 02, 2009
Two or three times a year, I publish a president's update for Benetech. This latest one spotlights the many great interns, associates and fellows that are or were working for Benetech over this summer and into this year.

Our growth over the last year has been so phenomenal that I wanted to use this summer update to highlight some of the great people working for Benetech: our interns, summer associates and fellows. Each one of these terrific people has committed to spending anywhere from a month to a year helping Benetech with his or her skills and passion. Here are some of their stories: 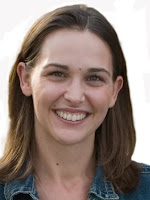 A student at Cornell University’s Johnson Graduate School of Management, Aleda Schaffer has worked as an American Sign Language Interpreter in Washington, DC, Alaska and Boston. She joined Benetech so she could learn more about Bookshare and how it is making books and periodicals more accessible to people with print disabilities. She also loves the fact that Benetech is based in California’s naturally beautiful Bay Area. During her summer internship, she has been developing the business plan for Bookshare International, which will bring the benefits of reading to people with print disabilities outside of the United States.

An electrical engineer, MBA student, South African of Chinese descent, founder of not one but two companies, world traveler, former missionary, and current blogger, it's pretty hard to keep up with Craig Wing, let alone categorize him. Craig is a summer associate exploring new applications for Miradi, Benetech’s user-friendly conservation project planning and monitoring software. When he was 22, Craig launched a company to help partially sighted children. He followed up by launching another company helping startups find funding, write business plans, etc. At Benetech he’s learning about the nonprofit world and making contacts that he’ll use when he launches his next business, after he finishes his MBA at Babson College. He plans to start a search fund (a vehicle for entrepreneurs to raise funds from investors) to find businesses – and intellectual property – that have a social focus to help out developing countries, particularly South Africa.

Benetech has been lucky to have Jule Krüger working as an intern from January through August as part of her fellowship with Humanity in Action, a transatlantic educational program in human rights and minority issues. Jule has been working with Benetech’s Human Rights Data Analysis Group, HRDAG, which completed analyzing data for Liberia’s Truth and Reconciliation Commission. Her goal while at Benetech: to learn more about the data processing techniques and quantitative analysis methods that HRDAG uses to investigate large-scale human rights violations. Before coming to HRDAG, Jule was co-founder and deputy president of the German student organization Studies Without Borders. She holds a master’s degree in Political Sciences, Public Law and Contemporary History from University of Konstanz, Germany. She hopes to use the tools she learned at Benetech – including new programming languages, codes and statistics – to work on human rights projects around the world.

Aaron Firestone, a recent graduate of the Haas School of Business at the University of California at Berkeley, also has a background in the nonprofit world, where he worked for five years before going to business school. At Benetech he’s able to indulge in his passion to find market market-based solutions to social issues. He’s working on the new Bookaccess program – and he’s working on Benetech’s larger mission – “Raising the Floor,” a phrase that refers to making technology accessible to all. Firestone grew up on a small farm in Vermont, and has always been interested in agriculture. Right now he gets his green fix by tending to an aquarium and houseplants.

Kristian Lum wants to save the world – with math. And she's been getting her chance to do it here at Benetech. As an intern, Kristian has spent her summer doing what she loves: statistical analysis. She has focused on data analysis of human rights violations that occurred in Columbia. A recent graduate of Rice University, Lum is working on her PhD in statistics at Duke University. She has studied wireless sensor networks and how to get the most out of minimal data transmissions, which she explains means “choosing which data to send from wireless nodes and which ones to suppress in a smart way.” She’s currently working on “spatial quantile regression” and has learned at Benetech how to use statistics to address real-life problems. 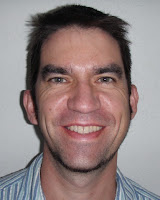 A trained historian with a degree in history from the University of California at Los Angeles, Paul Farestveit has spent the majority of his career working for STA Travel, a global student travel company that operates large businesses in Europe, the United States, and Australia. For the past five years he worked customizing and integrating a single set of software systems that Benetech could use globally. His specialty: user testing. A move to Benetech’s quality assurance team was a great fit. Paul is spending his six-month fellowship testing software – for a company that allows him to do cutting edge work and cut his teeth even deeper on the engineering side. When he’s not at Benetech, he’s still traveling the world and getting tattoos – by the same artist who does tattoos for Johnny Depp. 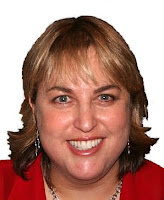 Janet Kornblum began writing about technology in 1994 when she was deemed the newsroom expert because she could actually log on to the Internet. She's been hooked ever since. A specialist in technology and culture, Janet came to work for Benetech this summer as a communications fellow after a long career in dotcoms and newspapers, most recently USA Today. She's reveling in the opportunity to be part of the solution – rather than just writing about it. In her spare time, she updates her Twitter and Facebook feeds and engages with her Kindle, iPod and other assorted tech toys.

Before Ryan Fan, a high school senior, came to Benetech for his school’s career day, he consulted Wikipedia to understand this concept called “social entrepreneurship.” Shortly after career day he contacted Viji Dilip, head of Bookshare International, to see about an internship. Alas, Fan, a high-school senior, had to depart in July to attend summer classes at Stanford. This summer Ryan learned how to research and develop business plans for the potential expansion of Bookshare into new countries.

Stan Tiu came to Benetech as an intern last summer and liked it so much that he came back for more – but this time, as a fellow. Stan, who recently completed his MBA from Duke, is now the interim education program manager for Bookshare. His job: running and tracking national communications campaigns for Bookshare and maintaining relationships with Kindergarten through 12th grade district administrators, assistive technology coordinators and special education teachers. Before pursuing his MBA, he worked in the textile manufacturing sector in the Philippines where he did front-line operations, quality control, sales and marketing. Benetech has given Stan access to the nonprofit world and allowed him to gain more experience in marketing. Right now his biggest project is at home – caring for his newborn baby.
Benetech Bookshare environment fellowships human rights internships MBA Miradi