Why We're Blacking Out Sites: PIPA and SOPA

January 18, 2012
In November, I wrote a blog post entitled: Why I’m Scared of the SOPA bill. Part of my objective was to show the unintended consequences of Internet censorship bills like SOPA and PIPA (SOPA's Senate buddy bill), responding to alerts from organizations I trust like the Electronic Frontier Foundation. The Copyright Alliance had the courtesy of engaging with multiple comments in favor of the proposed bills, but they failed to directly address (either a deliberate omission or because it was a robot) my major concerns about two of our main technology programs: the Bookshare online library (largest in the world for people with print disabilities) and our Human Rights program.

Today, we're joining what is probably the largest online protest in history, by blacking out significant portions of the Benetech website, as well as our Martus and HRDAG human rights websites. We're not alone: far larger sites like Wikipedia and Google and hundreds of others (if not thousands).

Copyright hawks like Rupert Murdoch and the MPAA have attacked this movement as being for piracy, against jobs, and dangerous. But, we're not for piracy. Like almost all libraries, we're scrupulous in following the law, because we're serving incredibly important communities. But, badly crafted bills like SOPA and PIPA do far more collateral damage to freedom and economic wellbeing than they do good for the putative beneficiaries.

Make no mistake, we are for the Internet, we are for jobs, we are for legal access to content, and we are for human rights and freedom of speech. And we're part of a movement that believes passionately that the Internet is a treasure: a force for equality and economic growth.

Don't Break the Internet! And, let's follow up Blackout Day with a campaign to pass laws that protect this critically important resource! 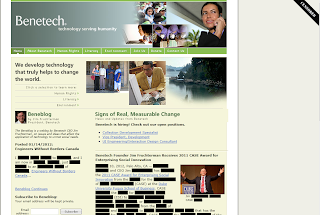