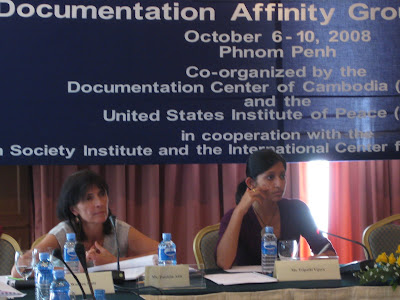 As a Program Associate for the Benetech Human Rights Program (HRP), I train and support human rights advocates who use Benetech’s free and open source Martus program to securely document human rights violations. Human rights documentation can take many forms including interviews, photographs, and official documentation. It is vital to the work of human rights investigations, and it serves many purposes. Sometimes this material is generated in the context of providing relief services, legal aid, or other support to victims. Other times it is collected to record the human rights environment in a given context, perhaps a conflict or post-conflict situation. In some cases, the information is intended for use in court cases or international prosecution, to support a human rights report, or advocacy campaign.

This type of documentation is often a critical step in the large-scale data analysis projects conducted by Benetech’s Human Rights Data Analysis Group (HRDAG) in partnership with human rights organizations. Past partners have included NGOs and nine truth commissions. Over 8 weeks this last fall, I had the privilege of working with NGOs from Afghanistan, Cambodia, Iraq, Lebanon and Syria, in a series of trainings that took place in Phnom Penh, Beirut and Istanbul.

I began my travels in Cambodia, where the HRP was asked to participate in a conference that brought together experts who could advise and train Afghan human rights groups documenting human rights violations – or those who planned to do so in the future. The current conflict in Afghanistan has been ongoing since 2001. Human rights activists there operate in a dangerous climate and it is important that they be trained and supported with the very best tools. Since many Afghan NGOs are still in early stages of their documentation efforts, this was a significant opportunity to help groups as they develop and implement best practices.

The conference,which took place in Phnom Penh, the capital of Cambodia, was hosted by the United States Institute of Peace (USIP), the Documentation Center of Cambodia (DC-Cam), and the International Center for Transitional Justice (ICTJ). Panelists at the conference included the Guatemala Forensic Anthropology Foundation (FAFG), Physicians for Human Rights (PHR), ICTJ, and DC-Cam. Another HRP partner, the Network for Human Rights Documentation (ND-Burma), which currently uses Martus to document human rights violations in Burma, was represented by the Earth Rights Initiative. Each of us drew on case studies and lessons learned from our own work.

My first presentation discussed principles of documentation, developing databases, and analysis. I emphasized how groups can make claims that are grounded in the data and are therefore stronger against attacks by critics. My second presentation was an introduction to the Martus software. Martus is available in seven languages , including in Dari and Farsi which are commonly spoken in Afghanistan. It’s our hope that when these groups begin actively documenting human rights violations, they will collect, organize, manage and secure their data in Martus, which is highly customizable and can easily be personalized to meet their diverse documentation needs. Martus will protect their sensitive documentation by encrypting it on the local hard drive and automatically backing it up to remote servers if organizations wish to do so. You can read about some of the NGOs that have used Martus to back up their data in Guatemala, Sri Lanka, the Phillippines, and Colombia.

As the week progressed, we considered the difficulties faced by Afghani groups who seek to build an NGO community in a place of conflict with few resources. We encourage all NGOs to clarify their goals and objectives so that any documentation or advocacy they engage in is as focused as possible. I focused on the importance of this approach when developing successful documentation and database strategies. 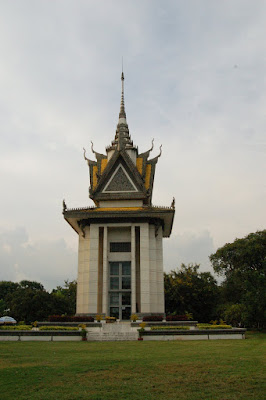 It was thought-provoking to work with Afghan NGOs in Cambodia. Cambodia is still coming to terms with the legacy of the Khmer Rouge regime. The Khmer Rouge were officially in power from 1975-1979, but after their overthrow, a civil war continued until 1998. Members of the Khmer Rouge regime are currently being tried for serious crimes in the Extraordinary Chambers in the Courts of Cambodia for the Prosecution of Crimes Committed during the Period of Democratic Kampuchea. 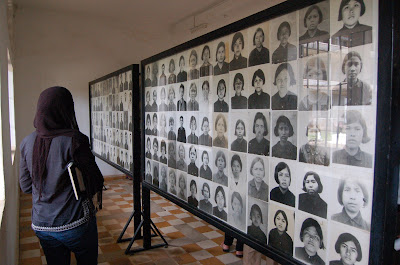 The location was chosen by the conference organizers so that the participants could observe and learn from Cambodia’s own history of recovering from the Khmer Rouge period. As part of the program, we visited memorials to the victims of Cambodia’s conflict, including the memorial stupas at Cheung Eok, the “Killing Fields” outside of Phnom Penh, and Tuol Sleng Museum, a high school that was converted to a torture center and prison by the Khmer Rouge. After these visits, Afghan participants discussed their hopes for memorializing Afghan victims and seeking justice using human rights documentation that they hoped to generate. 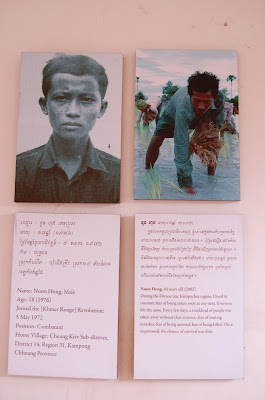 The Documentation Center of Cambodia, which has been documenting human rights violations under the Khmer Rouge for nearly 20 years, demonstrated how important this process is - even in the face of limited resources, dangerous conditions, and no immediate prospect of accountability. Their meticulous work is now a key aid to the courts. Even when no local or international justice seems imminent, documenting the human rights context is vital to build readiness for the moment when there is an opportunity for justice. This information also lends itself to many other programs and is now used in schools around Cambodia to educate youth about the Khmer Rouge.

It was a pleasure and honor to work with the Afghani human rights community who are doing their best to record human rights violations, despite the current period of deep hardship and conflict in their country. In my next guest blog posts, I will share stories about my work in Beirut and Istanbul.
afghan;afghani;human rights Benetech Cambodia genocide HRDAG HRP Martus