The National Police, which was implicated in widespread human rights abuses during the country’s 36 years of internal armed conflict, were disbanded during the 1996 Guatemalan Peace Accords. Records in the archive contain critical information about police procedures during this conflict which resulted in an estimated 200,000 deaths and disappearances. Many families of the estimated 40,000 people who disappeared never found out what happened to their missing relatives.

The disappearance of Édgar Fernando Garcia is one of the best known cases because he is the husband of Nineth Montenegro who now serves as a deputy in the Guatemalan legislature. Montenegro founded the Mutual Support Group (GAM), one of the largest organizations representing the families of the disappeared in Guatemala. We congratulate our partners on the staff of the Guatemalan National Police Archive for discovering information which could finally help these families discover what happened to their loved ones - and bring the perpetrators to justice.

Garcia’s disappearance is one of the cases cited in the Report of the Commission for the Historical Elucidation supported by the Guatemalan government. The Guatemalan Supreme Court has mandated that these forced disappearances be investigated by the criminal courts under the nation’s Penal Procedural Code. 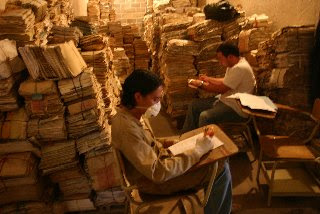 The Guatemalan Human Rights Ombudsman (PDH), which is a cabinet level position in the nation’s executive branch, has been tasked with examining the estimated 80 million documents in the Guatemalan National Police Archive. The archive, which is the largest single cache of documents ever made available to human rights investigators in the Americas, was discovered by accident in 2005 when government officials investigated a crumbling building on the grounds of the former National Police headquarters in Guatemala City.

HRDAG has worked with the archive staff to map the contents and select a scientific random sample of the data. Members of the HRDAG team have conducted an initial analysis of this data to determine how communications moved within the police and between the police and other institutions. The analysis also attempts to answer what kind of policies and practices the police employed in relation to human rights abuses. The initial results of the HRDAG analysis will be presented at a special session of the meetings of the American Statistical Association in August, 2009. 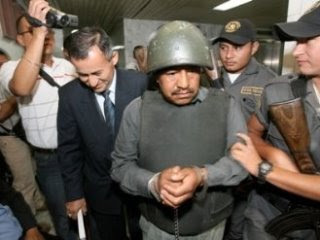