September 29, 2008
My first stop in mainland China isFuzhou - 福州, the capital of Fujian Province. I had heard of the province, but was flabbergasted to not know the name of Fuzhou. Imagine overlooking a city of over 6 million people (described by a Fuzhou native as a "medium-sized Chinese city!"). That's the size of the entire San Francisco Bay Area. 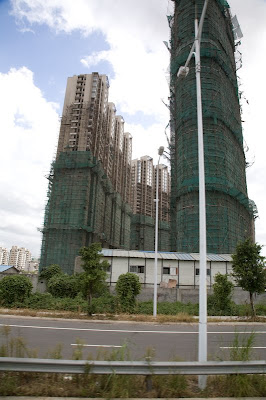 I was also surprised by the wealth of this city. My first afternoon in town, I wandered the central shopping district. The products and prices seemed similar to what I'd see in the United States. I mean, the Nike shop and the camera shop had the same products and same prices as I'd expect to pay at a mall in California. In addition to the products and brands I knew, there were quite a number of China-specific brands (like 361 degrees and Sept Wolves). The department stores reminded me a lot of Macy's. 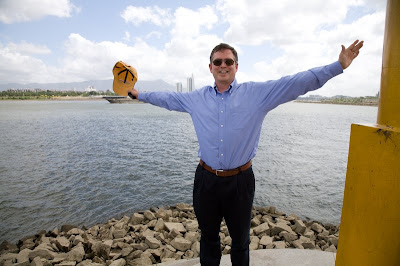 One of the key leaders I met described China as "Europe in the cities, Africa in the countryside." Since I didn't get to see the countryside, I only was able to see the wealth of a mid-sized Chinese city. And, there was an incredible building boom going on. I felt like we kept driving by real estate developments designed to house 50,000 people each. I'd read about the incredible drive to house the newly urban, but these places were for people with money. Chuck Young, the president of Hadley School, said that much of this building hadn't been there just two years ago. 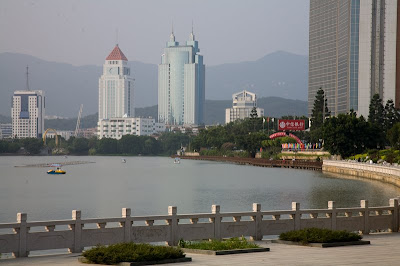 Our hotel was fabulous: and located next to an artificial lake first constructed more that 1700 years ago! The food was also incredible, and the hospitality tremendous. I had been prepared by travelers from past years to not eat well, but I didn't have a bad meal anywhere. Of course, I was part of a group getting top-flight treatment. 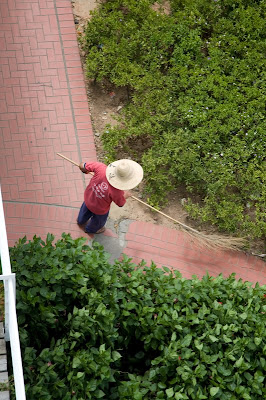 This isn't to say there aren't poorer people or sections in the city. There are plenty of people doing jobs like sweeping every inch of many areas (especially the high appearance areas). I ended up walking through some back streets and seeing much more basic (and much cheaper) shops and products. 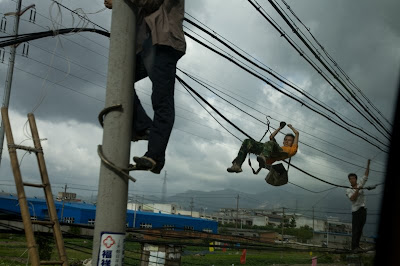 Plus, not all work is done to U.S. environmental or workplace safety laws (even in their weakened post-Bush state). I was surprised to watch linemen at work, literally hanging from the electrical wires! 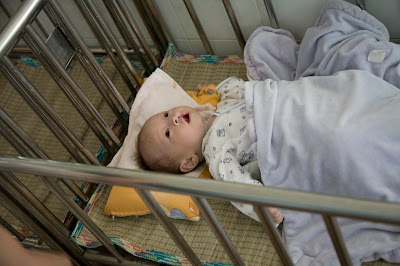 One place where we came face-to-face with tougher reality in China was the orphanage. Most of the babies were girls with disabilities, especially cleft palates. Our group was so affected by these girls that one of the women in our group raised $1500 that day to get the most severely impacted infants the operations she'd need to become adoptable. Her Chinese name meant "happy," so we nicknamed her Happy Hadley and hope she has greater opportunities.
China cleft palate Fujian Fuzhou Hadley