September 05, 2008
The Social Enterprise World Forum 2008 was great for gaining a perspective on an island with a great deal of innovative social enterprise. My guess is that roughly 80% of the attendees were from Scotland and the rest of the UK. Even though the legal regime is somewhat different, I found many parallels with social enterprisers here in the United States and around the world. 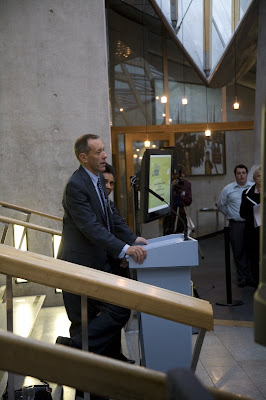 One of my biggest concerns about social enterprise is how unknown we are in the U.S. to the general public and to policy makers. Here in the UK, I have a vision of where social enterprise in the United States could be in ten years. That's the length of time that Jonathan Bland, CEO of the Social Enterprise Coalition in the UK, said that he and his group have been at it. As I noted in the previous post, it's a major part of UK and Scottish government strategy to invest in and expand the social enterprise sector.

In the opening session of the conference itself, we heard from representatives of both the UK and Scottish governments. Phil Hope MP, Minister for the Third Sector, UK Government, was quite breathless about social enterprise and I took away a lot of snippets (the following are rough quotes).

Finance needs to take into account social and environmental returns. I hope you come away from the conference with deals. Step in when the market fails. A bit of government here can go a long way. Go where the market won’t go and demonstrate to the market what’s possible. 250 million pound fund for this. 10 million risk fund for that. Social stock exchange being discussed in London by the Rockefeller Fdn. London as a global social finance capital. Social investment wholesaler. Unclaimed money in bank accounts -> social investment. Govt as a champion of SE.

Another noteworthy speaker was Nigel Kershaw of the Big Issue Invest’s Social Enterprise Venture Fund. He's a real pistol: challenging the Lloyd Bank folks to kick money in with him. A radical VC, as it were. No idea of how effective he is, but well worth watching. 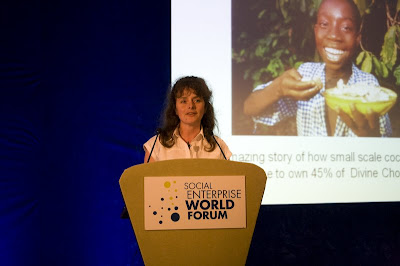 Just like in the U.S., I heard from rockstar social entrepreneurs as well as meeting people doing everyday social enterprise (and facing the normal struggles of enterprise). Sophi Tranchell of Divine Chocolate explained how her organization came to be 45% owned by the Ghanaian farmers coop that provides most of their cocoa. 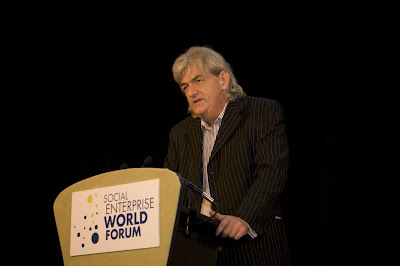 My good buddy Mel Young of the Homeless World Cup was the evening keynoter: he's got an exciting story to tell. Mel helped start the Big Issue in Scotland: the street newspaper social enterprise that any visitor to a significant UK town has been offered to purchase. 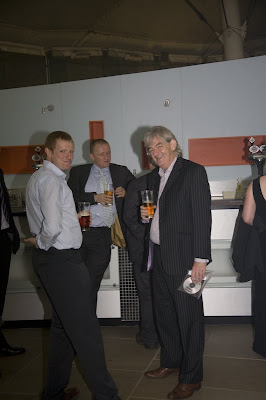 I then had a wonderful tour of local pubs in Edinburgh, and I have at least one photo to remember it by! 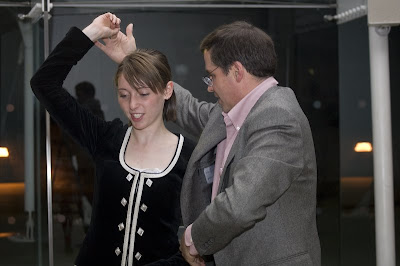 As part of the festivities, I also got to try out Cèilidh dancing, which I was sort of able to fake my way through. 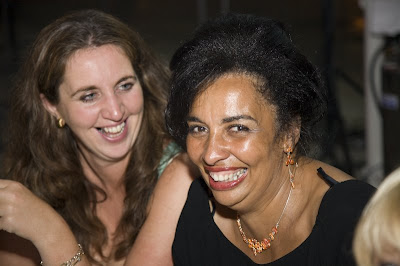 One of the great things about social entrepreneurs is that they enjoy having a good time with each other. There's a common mission of making the world a better place that lends itself to conviviality!