November 19, 2008
I went to Dubai for the first ever Summit on the Global Agenda. The Summit pulled together experts on roughly seventy different topics to discuss the current and future state of major issue areas: areas as varied as water, mining, nanotechnology, governance, economic development, economic meltdown (kidding) and so on. 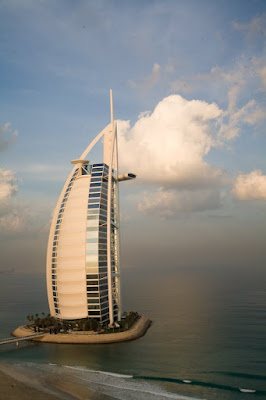 Obviously, there was a lot of buzz about the financial meltdown, especially in a place like Dubai that has built itself up as a major international business center (Dubai as an emirate has relatively little oil compared to some of the other gulf emirates). 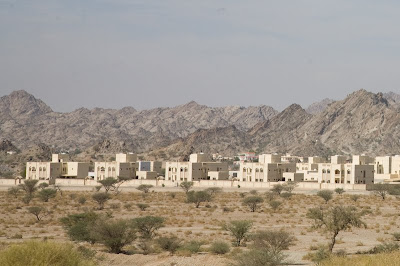 I spent the day before the council driving around the United Arab Emirates and a bit in Oman. The UAE are in an incredible state of construction: I don't know of many places on earth (other than China) where so much has been built so fast. Out in the middle of the desert, you would encounter brand-new freeways, or towns that seemed to have been plopped down in the middle of nowhere. 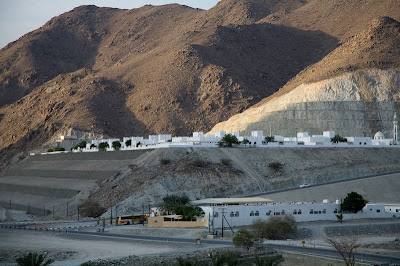 This one small town seemed to have been carved out of the rock in the middle of a mountain range. 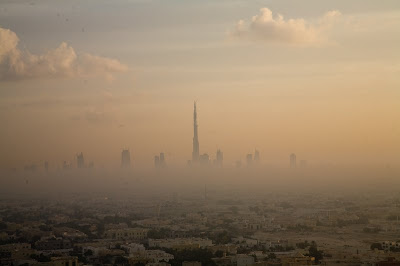 Dubai City itself has the world's tallest building (which I only caught in the distance looming out of the smog). The resemblance to Los Angeles was striking: this is another community created in a desert land that tends to haze and smog (lacking rain, I guess). 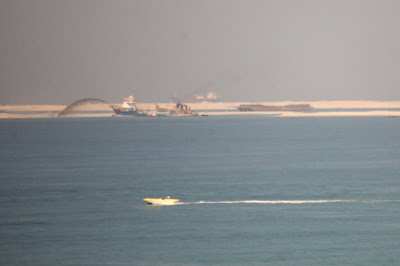 Dubai is constructing giant offshore developments in the shape of a palm, and even a development that will look like the world (an opportunity to buy an entire representational country?). I could see some of this construction off the coast from my hotel room in the distance, with dredges spewing sand onto an artificial shore. 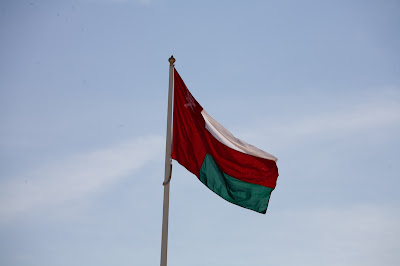 I welcomed the opportunity to check out the country: it's actually not that big and by driving around all day was able to get a quick view of points east of Dubai (on the Gulf) to the Indian Ocean and drive across the border into Oman. 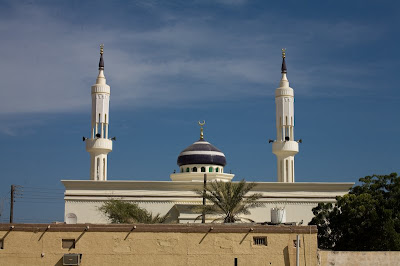 Of course, one of the investments made by the emirates has been in mosques. There were a fair number of striking and reasonably brand-new mosques around the country.
Dubai UAE