Showing posts from January, 2013
Show all

January 30, 2013
Guest Beneblog by Gerardo Capiel, Benetech's VP, Engineering One of the highlights of my meeting circuit each year is the O’Reilly Tools of Change conference in New York City. There is no better place to engage with colleagues about new technologies, changing business models, fresh ideas, and shared standards. Next month, I will be heading to TOC a couple of days early in order to participate in a W3C Workshop on eBooks and the Open Web Platform, where I will be talking about Social DRM (Digital Rights Management). What is it and why is it important?  Bookshare As followers of this blog know, Benetech's largest social enterprise is the Bookshare online library for people with print disabilities. Our commitment is to provide access to books for those who are unable to read a traditional print format and to do so without harming the economic interests of authors and publishers. You can read much more about this in Jim Fruchterman’s blog post, “Upholding the Social Bargain
Post a Comment
Read more

January 26, 2013
Last night, Virginia and I were in a packed auditorium at Stanford watching a preview screening of a terrific new indie feature film, Josh . Josh جوش   (Against the Grain), the first feature film by director Iram Parveen Bilal, is set in modern-day Pakistan. Although the movie touches on many social justice issues, Iram made it clear that she didn't want to make another documentary about Pakistan.  She succeeds in showing us, rather than telling, something true and challenging. In the post-film Q&A, Iram said she aspired to do for Pakistan what Slum Dog Millionaire did for India. As someone who has been privileged to attend a handful of previews from Participant Media, Jeff Skoll's socially responsible film production company, I get that the way to truly reach society is through story telling and mass media.  I was delighted that Iram's film succeeds in telling a great story about the coexistence of an almost medieval feudal rural society and a modern cosmopolitan
Post a Comment
Read more 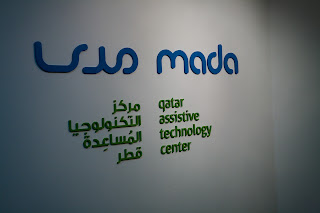 Creating the World’s Largest Collection of Accessible Arabic eBooks  Access to knowledge is the critical first step on the path to economic, educational, and social development. With this three-part blog series on our expansion of the proven Bookshare model internationally, we’d like to give you a glimpse into the ways in which Benetech provides people with disabilities around the world equal access to knowledge. In the first installment of this series, I described the Bookshare International library and where we hope to take it next. The second blog post looked at our growing Bookshare Spanish-language program. Now another important aspect of our strategy for enhancing Bookshare’s new language capabilities is developing the capacity to handle non-European scripts and languages so that the content may be presented in its original form in our members’ native languages. We’ve already built a collection of titles in Hindi and Tamil, two of the most-spoken languages in India, and last
Post a Comment
Read more

January 09, 2013
Random House Mondadori and Expanding the Spanish-language Bookshare Program Benetech’s strong relationships with numerous partners across sectors are fundamental to our continued success. These relationships generate countless ideas for using technology for social good. Together with our partners in the nonprofit, technology, government, academic and publishing sectors, we participate in new cultural and technological movements, deriving new knowledge that we apply for social gain. In this second installment of the three-part blog series (the first one is here ) on Bookshare International, I’m excited to share some of the ways in which our Bookshare library is part of the latest trends in the digital publishing world and is thus going deeper and serving many more people. Digitization and globalization are giving rise to growing publishing markets that promise new business opportunities. Aiming at the revenue potential of these growth markets, the main international players in the
Post a Comment
Read more 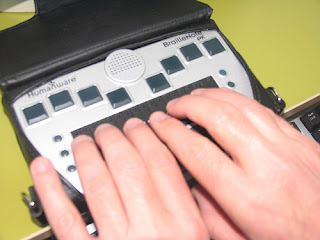 Bookshare International Library We’re always thinking about new ways in which Benetech could go deeper and help many more people. While we’re extremely proud of our achievements in the field of accessibility and disability rights, we know that we’ve just scratched the surface of what we could possibly do to bolster parity of access to information by people with disabilities. Bookshare , our flagship literacy program, is the world’s largest accessible library and currently serves more than 230,000 members with visual and learning disabilities. But this is just the tip of the iceberg, as literacy remains an elusive dream for the majority of the world’s people with print disabilities. Benetech is on a mission to make information accessible and affordable for all individuals with print disabilities who could benefit from our innovative literacy solutions. We’re making securing new funding for Bookshare’s international expansion a top priority! Reading a Bookshare-downloaded book on
Post a Comment
Read more
More posts