Showing posts from August, 2013
Show all

Congressional Testimony Statement before the House Committee on the Judiciary Subcommittee on Courts, Intellectual Property, and the Internet 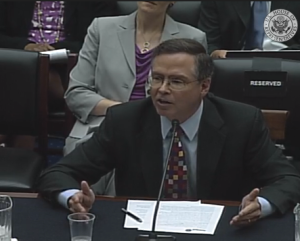 On August 1, 2013, I testified before the House Judiciary Committee’s Subcommittee on Courts, Intellectual Property, and the Internet on the subject “Innovation in America: The Role of Technology.” In my prepared statement, I explained why well-balanced intellectual property laws inspire technology innovation and social good, and described how our Bookshare initiative models the good that copyright exceptions can create. Here is an excerpt from my written testimony, as originally featured on Benetech's Blog:
We build our work on strong foundations laid down by other people and companies, whether it’s the open source ecosystem of the Internet, or proprietary software or content. We don’t create solutions from scratch: our innovation is adapting existing raw technology to meet the needs of the users in the social sector. We call this building the last “social mile.” We depend on an intellectual property system that works and is friendly to innovation. Concepts like fair use, open s…
1 comment
Read more 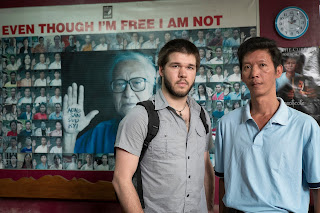 This post originally appeared on the new Benetech's Blog.

Secure tools to document human rights violations, such as those developed by Benetech’s Human Rights Program, have become critically important in efforts to pursue reform and seek justice—and in keeping human rights defenders safe. When widely deployed, these tools have the potential to make lasting impact by empowering people to fight abuse and advance democracy.

In recent years, the possibilities of what can be achieved with human rights fieldwork and advocacy has expanded as the worldwide use of mobile phones has increased and significant advances have been made in Internet and mobile technology. We’re excited to share that our Human Rights Program has been awarded a two-year, $2.2 million grant from the U.S. Department of State Bureau of Democracy, Human Rights, and Labor (DRL) to realize some of those possibilities.

As the largest single grant in our Human Rights Program’s history, "On the Frontier of Secure Techn…
1 comment
Read more

Welcome to Benetech's New Site! (and...)

We've just launched Benetech's new website. This is my Welcome post that originally appeared on the new Benetech Blog.

On behalf of the Benetech team, including our Board of Directors, I’m delighted to welcome you to our new website and formally introduce our newest program area: Benetech Labs! At Benetech, our goal is to create positive social change through technology. Telling our story is an important way we’re able to accomplish that goal—it allows us to generate the interest and support necessary to develop technology that helps countless people around the world. With this new site, we hope to better share our story and the impact of our work in a clear and consistent way across our four program areas, which encompass a diverse set of initiatives, products and services. Look around—there’s a lot that’s new. We’ve updated our brand identity. We’ve made things more engaging, adding more images and video along with the ability to share and comment on content. We’ve started a…
Post a Comment
Read more

What is in the Treaty of Marrakesh?

August 07, 2013
The View from an Authorized Entity  Many Bookshare users (and potential Bookshare users!) have been asking about the Treaty of Marrakesh (formal name: The Marrakesh Treaty to Facilitate Access to Published Works by Visually Impaired Persons and Persons with Print Disabilities. What’s in it; what does it mean; how does it affect Bookshare members?

In the popular online acronym, IANAL (I am not a lawyer). However, as the founder of the Bookshare online library, we have a great deal at stake in how the Treaty gets implemented. Although it might seem like a complicated document, we’re really excited about it because we think it will greatly improve global access for people with bona fide print disabilities. Here’s our laymen’s take on the major provisions of the Treaty.
The Treaty of Marrakesh, Top Issues: What’s the goal of the Treaty? The goal of the Treaty is to end the book famine for people who are blind, visually impaired or otherwise print disabled. Ultimately, this community …
Post a Comment
Read more
More posts